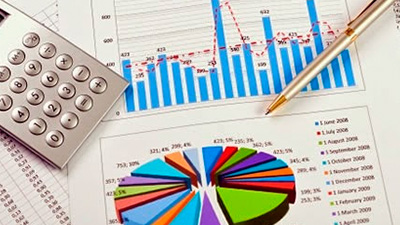 Interchile’s rating reflects a transmission line portfolio with predominantly availability-based, regulated revenues. The revenue profile is hybrid, with fixed prices during the first 20 years of operation, followed by a tariff reset phase every four years, which exposes the transaction to price risk. Counterparty risk is favorably viewed as systemic and commensurate with Chile’s sovereign rating (A-/Stable). The rating also considers the assets’ long useful life and relatively simple operation, with highly predictable operations and maintenance (O&M) costs representing a small portion of revenues but with significantly concentrated lifecycle costs.

The debt structure is adequate with standard debt reserves and distribution tests. Fitch’s rating case debt service coverage ratios (DSCRs) average 1.51x through the debt term, with a minimum of 1.24x in 2044, helping mitigate increased price risk exposure after the first fixed tariff phase. The all-cost breakeven expressed as a multiple of a 10% realistic outside cost (ROC) is 12x. The mixed revenue profile, metrics, and cost breakeven are robust for the assigned rating according to applicable criteria but constrained due to Fitch’s perception of risk associated with tariff adjustments and the back-loaded debt amortization profile.

Hybrid Revenue Profile [Revenue Risk: Midrange]: Interchile benefits from 20 years of fixed prices indexed to U.S. and Chilean inflation and the USD/CLP exchange rate, mitigating the asset’s exposure to price risk during this first phase. Revenues are then exposed to an established tariff readjustment mechanism where prices reset every four years. Project 3 is exposed to the reset mechanism starting in the 2020-2023 quadrennial period.

During every reset period, tariffs are set according to the market costs to build, operate and maintain a new transmission line when the price resets. The tariff volatility derives from potential commodities price fluctuations, as most cost components are linked to inflation. Offtake risk is predominately viewed as a systemic risk, commensurate with Chile’s sovereign risk. Revenue is exposed to 30-day currency depreciation spikes, mitigated by the sponsor’s strong track record of managing this risk.

Cost Risk – Midrange: Cost risk is assessed as ‘Midrange’ based on the following cost-risk sub-factors:

Concentrated Life Cycle Costs [Scope Risk: Midrange]: The complexity of O&M work is deemed low, and asset useful life is expected to exceed the debt tenor. However, lifecycle costs (LCC) are significantly concentrated, with peak periods at levels above 10% of revenues.

Experienced Operator [Cost Predictability: Stronger]: The sponsor is highly experienced in the asset type and similar regions and has demonstrated stable O&M costs. Equipment and technology employed are widely utilized in transmission projects. The independent engineer (IE), Black & Veatch, provided a high-level cost analysis including adequate benchmarks and confirmed that multiple experienced contractors are available in the region for replacement, if necessary.

Limited O&M Reserve [Cost Volatility and Structural Protections: Midrange]: The O&M costs represent a small portion of revenues, are fixed in nature, and are expected to increase primarily in line with inflation. Nonetheless, the debt structure provides limited protection through a one-month O&M reserve (OMRA). In addition, there is no dedicated major maintenance reserve account (MMRA), but the debt terms allow for permitted indebtedness to fund capex requirements if needed.

Debt includes a 1.15x backward and forward distribution lock-up test and strong provisions to limit the incurrence of additional debt, including a rating affirmation and a minimum DSCR covenant of 1.25x during the fixed-tariff phase and of 1.35x during the resettable tariff period. The debtor’s amortization profile is back-loaded, with approximately 80% concentrated in the last 15 years of the debt tenor, deemed as a negative feature.

Financial Profile: Fitch’s rating case considers a 10% haircut over the regulated asset base (VI) during the resettable period, a 1% availability haircut, and a 10% O&M and capex stress. Minimum and average DSCRs are 1.24x (2044) and 1.51x (2021-2056), respectively; the ROC multiple is 12x. Metrics are considered robust for the assigned rating per applicable criteria, but constrained due to the project’s hybrid revenue profile and the backloaded debt amortization profile. In addition, the tailored amortization schedule yields mostly flat DSCRs throughout the whole tenor where the strong DSCR of 1.46x (2038-2056) protects investors against unforeseen declines to regulated tariffs.

Interchile’s closest peer in the region is Atlantica Transmision Sur (BBB/Stable), formerly ABY Transmision Sur, a Peruvian transmission line presenting an average DSCR of 1.33x under the rating case. Both projects have midrange assessments for revenue and cost attributes. Interchile’s coverages are more robust due to the Project’s exposure to the quadrennial tariff reset. Atlantica’s rating is constrained by Peru’s sovereign rating (BBB/Stable) as Fitch views offtake risk as systemic risk that is commensurate with Peru’s sovereign risk.

Factors that could, individually or collectively, lead to negative rating action/downgrade:

–An increase in Fitch’s perception of risk associated with future tariff adjustments;

Factors that could, individually or collectively, lead to positive rating action/upgrade:

–An upgrade is unlikely in the short term due to uncertainty associated with long term revenues volatility derived from the ongoing estimation of tariffs prepared by the National Energy Commission (Comisión Nacional de Energía; CNE)

In 2021, revenue from regulated operations was USD85.8 million with no penalties, slightly below Fitch’s rating case projections of USD88.2 million. The difference is mainly the result of delays in achieving the Commercial Operation Date (COD) for Projects 6, 8, and 9 at the initial estimated dates and lower than expected revenues, mainly for Projects 3 and 8. Interchile also benefited from USD224 thousand collected from other services provided within the line of business, which were not included in Fitch’s projections.

Projects 6 and 8 achieved COD in December 2021 and August 2021, while Fitch’s cases assumed the construction would have been completed by April 2021 and March 2021, respectively. Project 9 has an advancement of 77%. However, according to the issuer, the COD will be achieved until April 2023. The cause behind the delay is that repairs are being made to the substations by third parties, and due to safety and to assure operational continuity issues it has not been possible for Interchile to execute the projects in parallel. Nevertheless, the revenue contribution of Project 9 to the Portfolio is neglectable at around 0.5%.

Interchile has been registering revenues in line with the decree in force. Similarly, revenues as of May 2022 were USD38.9 million, slightly below Fitch’s rating case expectation of USD40.5 million. The difference is mainly due to slight deviations in the investment value assumed for Projects 3, 6, and 8 and the still unrecognized AEIR charge. The final tariffs for these projects will be confirmed once the 2020-2023 transmission valuation study is officially published, which already has a delay of almost 30 months.

Total expenses in 2021 were USD14.5 million, slightly higher than Fitch’s rating case expectations of USD12.2 million. Likewise, expenses as of May 2022 were USD7.4 million, to some extent above Fitch’s expectations under its rating case of USD6.5 million. The expense differences are mainly driven by higher-than-expected finance, relationship expenses, and non-recurrent legal costs.

Reported DSCR ending December 2021 was 1.64x, basically at the 1.61x expected by Fitch under its rating case. As of June 2022, the Operation and Maintenance Reserve Account (OMRA) and the Debt Service Reserve Account (DSRA) were funded per the transaction documents.

Fitch’s base case reflects our view of long-term sustainable performance. In this case, Fitch assumed Chilean inflation at 7.5% in 2022, 4.0% in 2023, and 3.0% from 2024 onward. Fitch estimated US CPI at 6.5% in 2022, 2.8% in 2023, 2.7% in 2024, and 2.0% throughout the life of the senior secured notes. The base case also incorporates a 5% stress applied to the sponsor’s asset base (investment value), which is used to forecast regulated tariffs in the tariff reset phase. No unavailability penalties were considered as the IE confirmed they are infrequent. The assumed cost profile was upwardly adjusted compared to the sponsor’s original assumptions reflecting levels consistent with 2021 and 2022 observed expenses. Under Fitch’s base case, the DSCR average is 1.59x, and the minimum is 1.33x (in 2043).

Fitch’s rating case reflects a reasonable likely combination of uncorrelated stresses that could occur in any given year but are not expected to persist. Because of this, the rating case further sensitizes base case financial performance by including a 10% stress applied to the sponsor’s investment values, a 1% unavailability stress, and a 10% increase in all operating and capital expenses following the IE’s guidance. Fitch’s rating case presents a relatively stable DSCR profile, with a minimum of 1.24x (in 2044) and averages of 1.51x between 2021-2037 (first fixed tariff phase) and 1.46x between 2038-2056.

Fitch tested the debt structure resiliency by assessing the financial effects of individual stress factors. The breakeven scenarios include the base case assumptions. Fitch’s operating expense breakeven scenario shows an all-cost breakeven of 118%, yielding a ROC multiple of 12x and reflecting strong resilience to cost increases. In addition, the structure can also withstand the stress of 33.0% applied to the sponsor’s asset base used to forecast regulated tariff levels without drawing on the DSRA available during the debt term.

Interchile owns a strategic portfolio comprising 11 transmission projects, including 1,954 kilometers (km) of circuit lines under operation and construction. The transmission assets operate under perpetual decrees awarded by the Chilean Ministry of Energy and are part of the country’s national transmission system. As such, the senior notes are supported by the cash flow generation of 11 electric transmission line decrees and are secured by substantially all of the material issuer’s assets, including all rights to receive monies according to decrees and contract, certain tangible assets, and all real estate rights of the issuer’s projects.

Interchile was established in 2012, is headquartered in Santiago, Chile, and is ultimately owned by the Colombian sponsor, Interconexion Electrica S.A. E.S.P. (rated ‘BBB’/Stable). Interchile began generating revenues in 2017 and has demonstrated the ability to control operating expenses by registering EBITDA margins of around 85%.

The principal sources of information used in the analysis are described in the Applicable Criteria.

Unless otherwise disclosed in this section, the highest level of ESG credit relevance is a score of ‘3’. This means ESG issues are credit-neutral or have only a minimal credit impact on the entity, either due to their nature or the way in which they are being managed by the entity. For more information on Fitch’s ESG Relevance Scores, visit www.fitchratings.com/esg